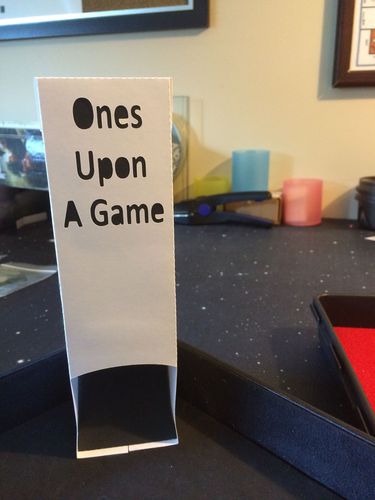 I’ve wanted a dice tower ever since I learned what they were and that they were not actually named after a popular gaming website/podcast/YouTube channel. But I could never bring myself to buy one or remember to tack a knockdown cheapie onto another order. I’ve toyed with ways of just designing and making my own, understanding the general principles. Then I thought… why not make one out of cardstock!

I’d originally envisioned a smaller handheld device about the size of a dice cup, so you’d hold in one hand and drop the dice through it… then this thing developed from that, a more standard and reasonably sturdy tower. This is my first pass, the prototype model, but I have to say I’m pretty pleased with its performance. The three tumblers inside have a little springiness to them that really get the dice moving.

The lettering on the front didn’t quite work out because I forgot all the innards of certain letters being separated. I’d probably just cut a design next time. The main body of the tower is cut from one 12×12″ piece of cardstock for scrapbooking, so stores like Hobby Lobby and Michaels carry all kinds of cool colors and patterns for that. The inside pieces all come from an 8.5×11″ piece of black cardstock. Also the closing tab on the body had to be cut away to accommodate the tumbler’s tabs that poke through for additional support (they’re glued too).

Anyway, I think it’s a good first pass and more proof of what a paper cutter can do for gaming.

More on this later!

If you want to see it in slo-mo action, here’s a video:

About to play Tide of Iron/Tide of Iron: Next Wave and remembered you roll a lot of dice, hence the pursuit of this.