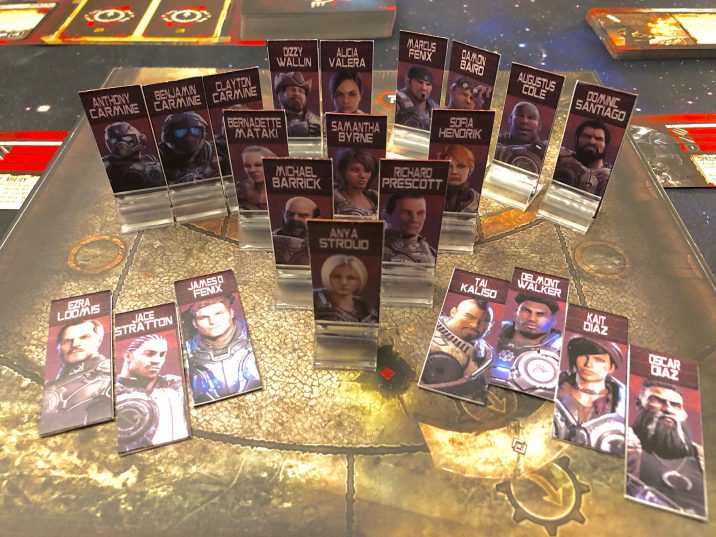 Of course, you can’t keep a good woman down either, but since I’m not a woman, using “or woman” or “person” would have been needlessly cumbersome…

Absence of Malice
Recently had an unplanned “break” from BGG thanks to the Secret Police once again not liking officially unapproved and unauthorized opinions being expressed (even when done so in polite but confident discussion). This is an area that needs to be addressed as I daresay in most cases the offender doesn’t realize they’ve touched a hidden third rail and just get suspended while the so-called “offensive” comment is left on the site. It’s a very odd way of handling things and not one conducive to constructive dialogue between differing parties… but that is a discussion for another time.

EDIT: It would appear “they” HAVE started removing unwelcome (by some) comments from the site. Hopefully in lieu and not in addition to suspension.

But I’m happy to say that in spite of not being able to post or comment on BGG for a spell, I made good use of my time, creating a few modifications for games.

Under a Blood Red Sky
First up, been loving Blood Red Skies but found that I wouldn’t have the time to paint the miniature planes and that in the end (as is most of the time with miniatures), they aren’t 100% necessary to the game. All measurement is from the round bases, which are about 1.5″ in diameter. So I ordered some 1.5″ wooden “coins” and then created 12 labels for each plane type. Made six level 3 and then two each of level 2, 4, and 5. All the coins got a 3 on one side and then another level on the other side. Sealed them with some RightStep Satin and started playing. They work great and less clutter makes it easier to play and measure.

The flight stands use an odd rock forward for “disadvantaged” and rock back for “advantaged” indicator. This not only looks silly, but causes planes to take up even more space on the table than necessary… which in a busy dogfight, can be a problem. To remedy this, I just use a green cube for advantaged, red for disadvantaged, and no cube for neutral. Another win.

Sowing the Gears of War
Gears of War: The Board Game is a bit of a mystery. Widely regarded as a great system and a respected IP, Fantasy Flight Games dropped the ball big time on supporting this game. Even with the IP license lost, the system deserves another sci-fi theme applied to it.

Be that as it may the community has geared up and created several missions and other mods for the game, including a collection of 24 new COGs created by user Alex Hajdasz. In order to make these more playable in-game without proxying other miniatures, I created a set of standees to go along with them.

You can get the COGs and the standees at the BGG file pages below:

Shine On You Crazy Firefly
Another miniatures-replacement project I had in the wings and suddenly had a little time for was for Firefly Adventures: Brigands and Browncoats. Again, with no time to paint, had planned when I first got the game to add Standees. This was not only to make our intrepid heroes clearer on the board (in both casual and heroic states), but I was having a hard time matching the baddy miniatures to their respective stat cards. So while I was in the rhythm of making standees, put this set together as well.

You can find them here: Firefly Adventures Standees by ones upon a game