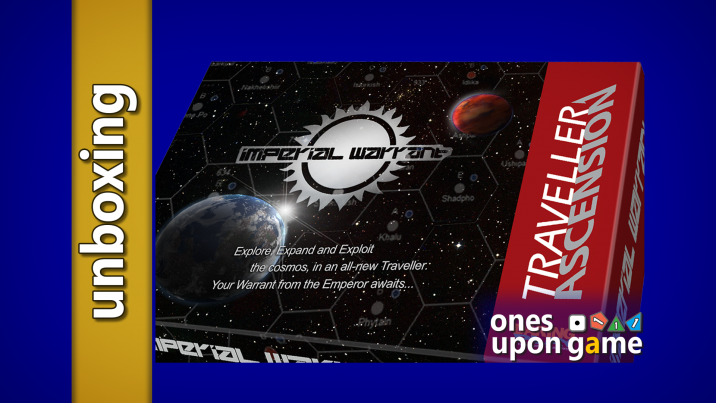 Growing up as a teenager in the 80s, during the heyday of D&D, it was hard not be attracted to the RPG genre. However, I knew early on that fantasy theme with all it’s magic “baggage” was not where my interest lay. Fortunately for me, Mark Miller had created the Traveller series and I of course had a copy of the black book (and later the box set of paperbacks). While I never actually got to play the game, I spent hours reading the rules, rolling up characters and hoping for an opportunity to someday be a Traveller among the stars.

(I also loved that it was spelled with two “L”s as “traveler” just looks weird and seems to violate the rules of English!!!)

Flash forward nearly 40 years and Traveller is making a resurgence of sorts (though it never really went away) with not one but two recently released tabletop games.

The first is Traveller Customizable Card Game from Horizon Games. This comes in a base game two-player starter set as well as expansion packs of ship decks and themed cards. But fortunately, the game comes with three solo scenarios in the box and two more already available for download. In this unboxing video I reveal the contents without preconception of what the cards mean.

The second game to come out (after a successful Kickstarter and troubled fulfillment) is Traveller Ascension: Imperial Warrant by Daring Play. This tabletop strategy game comes ready for two players (and has expansions to increase player count to four or six). While not readily soloable, the hope is that solo rules will be developed either officially or by the community in the very near future (of our timeline, not the in-game one).

Have already played a round of the CCG and a playthrough video is forthcoming. The plan is to do something similar for Imperial Warrant.

Be sure to subscribe on YouTube to make sure you don’t miss out on these and other gaming videos.