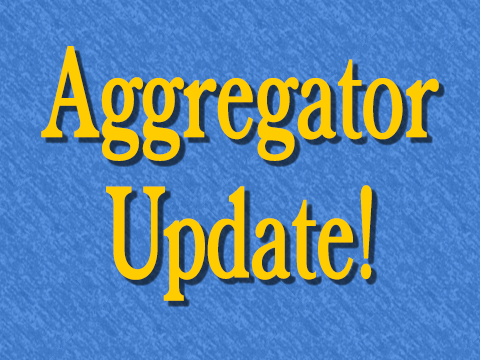 So it’s been about a month now since BGG and I parted company (I took the high road, they took the low road obviously), but in spite of that, I decided that I would still keep the Aggregator family of sites up and running. I put a lot of work into them and I’ve heard from many what a benefit they are to them. They have been so popular that there have been a couple of attempts to create, well, similar, versions of them (one past, one current). Color me flattered.

Anyway, about a week ago (February 3), I was reading in the February 2021 “What Couples Have Been Playing” geeklist and saw this question:

I replied privately via email to the organizer of that group and let them know that it was a good idea, but confirmed that no, expansions are tallied separately.

When I was more active on the Solitaire Games on Your Table (SGOYT) group, I often tried to encourage folks to post their expansion games under the main game and then reference the expansion in their commentary. This made sense for stats, but some people always chimed in (to any suggestion of improving the “stats” value of the lists) that this was for fun and people should post however they like.

So I started digging in the data to figure out how to fix this long standing problem. And I did! Now as an entry is added to the Aggregator database, when I load the information about the game itself (meta data, year, etc…), I also extract if the game is an expansion to another game and store that base game as a separate data point.

So now when you’re looking at the entries for a given month or user or game, or even the leader categories, the base games will be what is counted toward unique and actual plays. If the play was actually for an expansion, it will also be noted in the list, but all plays of a base game will be together, no matter which expansion was used to post the entry.

You can still search for and see the data for expansions directly as well, that’s not lost. But this will help keep everything together in one place and give more accurate totals of what games are actually being played as well as which expansions.

The big winners in this is of course LCGs like “Lord of the Rings: The Card Game” or “Marvel Champions”. On the SGOYT LOTR has had over 49 expansions with plays logged, Marvel 14 (and growing). As they now count toward the parent game being played, the stats for both these base games are now more accurate to the actual plays they received.

I also added to the game details page the description of the game, normally from the publisher. Both this and the plays logged graph can be hidden from view with a simple click.

I also took the opportunity to update some of the look and feel of the site, replacing one responsive framework with another. I may still have some work to do on the mobile and tablet versions and will get to work on them soon.

Maintaining the Aggregators (in spite of BGG’s systemic and institutionalized oppression) has been a good effort for me. As a full time programmer anyway, it’s allowed me to keep my web skills sharpened, but also as a gamer, enables me to stay in touch with what games are being played and what games are being released.

This update applies to all three of the active Aggregators: Solitaire Games on Your Table, Wargames on Your Table, and What Couples Have Been Playing. Another, the Print-n-Play Games Crafted group stopped providing me the necessary lists each month, but if they ever do I’ll get them added again, but they too will reap the benefit of this update on their previous compiled lists.

Now to solve the problem of people making a single post each month with several games listed!