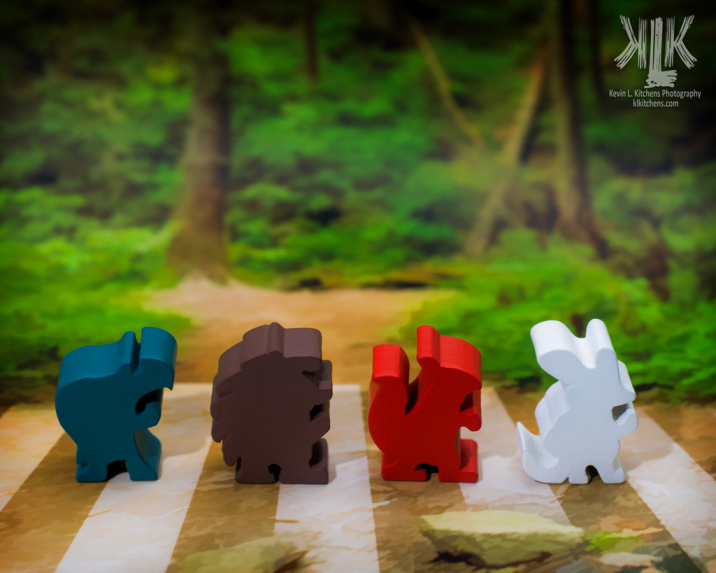 A New (and Improved) Solo Variant

Everdell is one of those amazing and downright charming games, that’s not only pleasing to look at, but there is a lot of strategic meat on its bones. And that’s just in the base game. But while the base game did include a basic solo variant (to be played over three successive games if you liked — getting harder each game), it was fun, but a little unsatisfying.

The good news is that gamer Adam Prentis came up with his own solo variant, that’s easy to manage, but still presents quite a challenge. The bad news is that as of now it’s only available over on BoardGameGulag. But if you’re one of the ones still keeping your eyes downcast, hoping the Soup Nazi puts some bread in your bag, then you should definitely venture over and grab a copy (while you can).

I took it for a test spin on easy mode “Rugwort the Ragged” and came up with a win 62-54 (after much analysis paralysis!) I plan to crank it up a notch for the next play. It even offers some hints for playing with the expansions too!

It helps that this is one of my 25×4 challenge games (which I doubt I’ll make after COVID and the whole Gulag thing).

But back to Everdell… a new Kickstarter has launched for two new expansions and a new big box to hold it all. Unfortunately this new campaign is not without its concerns and issues. First, if you’re coming in fresh to the game, you can get EVERYTHING for about $200. Many of the long time owners already have that invested in their current collection. But for them, they have to pay another $99 to get the expansions and the box. And as someone else pointed out, they’ve devalued the collection now for existing owner, so they cannot sell their current and wait for the bundle. Sure we got to play the game already for years, but still. SLAP. And the All-In pledge right now is the only way for those who want it to get the wooden version of the Evertree, the game’s superfluous, but gorgeous centerpiece.

You can pledge $1 and get access later to the pledge manager, but it’s not clear if you can actually add on just the expansions you want vs. a preset bundle. You currently cannot do so in the KS pledge engine.

Of most concern is the $40 Big ‘Ol Box of Storage. It’s a deep box, which are very unwieldly and gamer unfriendly. When the Anachrony Infinity Box was announced, I suggested to them to make sure the box lid was a “split top” box like the one I previously converted for the Warfighter Footlocker years ago. Also the Scythe Legendary box was the same. The box can be 6-7 inches deep, but there is no reason or gain to the box lid being that deep. It’s easy enough to make the lid 3″ or less and then have the “rest” of the lid stay attached to the bottom of the box. It’s easier to remove without creating a vacuum and also less at risk for damage while playing the game. While Mindclash was very receptive to the suggestion and delivered a wonderful big box, Starling Games, in spite of many other backers chiming in with support, issued a roundfile “no plans, but I’ll pass it along” response. Disappointing.

I’ve unbacked for the time being, but after playing again, I’ll probably get at least the expansions before the campaign ends… hopefully they will do the right thing and correct the design of the big box while they can.

Going through my upgrades to Everdell from my previous time in the Gulag (that were removed when I was), I thought I’d offer them up here if people still want them.

I made these awhile back and they are available on my Etsy shop. Easy to print and assemble.

The crates are designed to not only hold the base game resources in the box, but neatly on the table as well.

This is a simple one page sheet showing how the default AI plays out in the solo game.

This replacement Evertree is designed to be printed on heavy cardstock or a label and then adhered to some chip board or matte board. You could also simply print on paper and laminate. None of the artwork is from Everdell directly, but a photo I took and then “comic-ized” it in Photoshop. There are spaces for the events as well as the Workers you gain each season. While the 3D Evertree is nice (and great to showoff to new players), this replacement is faster to setup, more convenient for everyone around the table, and easier to use for solo play.

The photo at the top of the page was one I took using the character meeples and a photo I’d taken in the woods on a hike and then converted to fit the theme, adding in the crosswalk to evoke an “Abbey Road” feel. It won, IIRC, photo of the year on the Gulag. Voting was by peers, not Admin, so I’m very honored.