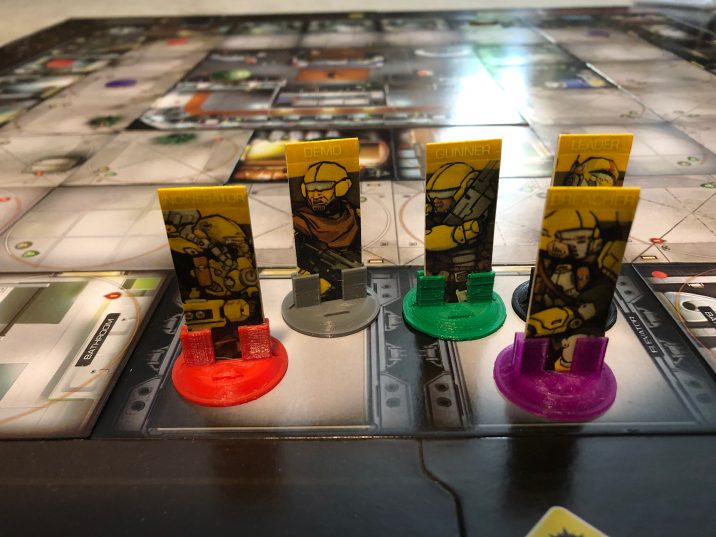 Playing this as part of my annual challenge, that likely won’t get completed sadly. Took CCC on the “What Have We Done?” Mission and lost in the second breach and clear event. I used to hate that aspect of the game, but now find it to be a nice strategic, suspension addition.

Seemed to be a cakewalk in the early going… managed the security track pretty easily, though I missed a rule (didn’t affect outcome much I think — since we died anyway).

Ended up getting cornered as we tried to setup for a maximum Breach and Clear of the objective and then the special special special forces came out and did some damage. Survived that, started the final objective and came up three hits short of gaining access to the safe, resulting in the death of all my team.

Still some rules fuzziness, most I looked up, some I decided how I wanted to play it, some I did a die roll. Such a GREAT skirmish game, seriously, hampered by abandonment and lack of a technical writer to make sure the rules were clear, especially the many edge cases that can come up.

MERCS: Recon is the game. Comes with miniatures, but I upgraded to standees. From 2014 or so, support died around 2016, but new owners hopefully breathing life into this one in 2021.