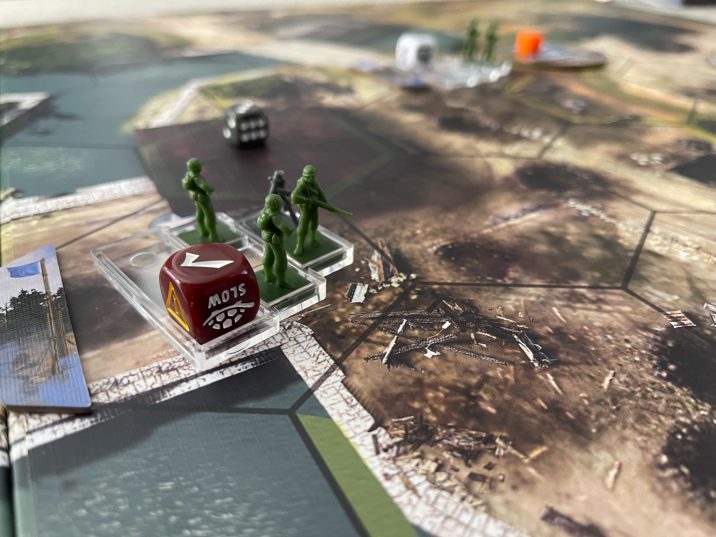 Might make some counters to upgrade the allied units from the miniatures however. The “pew pew” factor isn’t germane to the game’s immersion or enjoyment. And having the unit data on the counter is always preferable to cross-referencing a card.

The solo only running the Germans isn’t an issue as they are the only bad guys in the game. There is a fan created variant to allow the AI to run any nationality but sadly is over on Board Game Gulag (warning BGG link) and not publicly accessible. Would love to see it if anyone has a copy they can send.